During our stay in Sarajevo, our tour group made an excursion to the nearby city of Mostar, in Herzegovina. The ride was spectacular, along the turquoise Neretva River. In my near-total ignorance about this part of the world, I had no idea that it has such wild, rugged mountains. One time, we asked the bus driver to stop on a high bridge that took the highway across the chasm before the road plunged into a tunnel in the mountain, so we could admire and photograph the view, but this didn’t go over very well with one woman in the group, who was afraid of heights.

We’d crossed many bridges that day. We’d previously driven long stretches on elevated roadways. From Poland to the Balkans, our big, unwieldy buses had swayed along bumpy, eroded, cliffside goat trails that some east European countries proudly call highways on propaganda documents known as “maps.” Surely the woman had flown vast distances more than six miles above the earth, just to get here. This was just another bridge. But phobias aren’t rational. They don’t respond to sensible arguments (it’s just like any other bridge, but in a more spectacular setting; we have to cross it anyway; you don’t have to get out or even open your eyes; vehicles bigger and heavier than ours have been crossing it for years with no problem; etc.). The driver stopped briefly and we gaped at the view while she passionately cursed us all.

A short time later, we met our local guide in the town of Mostar, unofficial capital of the unofficial nation of Herzegovina. I quickly lost track of his explanation of the bewilderingly complex demographics of Mostar, the surrounding region, and his own family, so let’s just say they were all a reflection of a small city existing for hundreds of years on a busy, busy trading route between Persia, Turkey, Africa, and Europe, on the cusp of Islam and Christendom. The people themselves may draw distinctions, and family and community affiliations may determine how they worship, but I have a strong suspicion that genetically and culturally they have so much mixing, an outsider could hardly tell the differences among Mostar’s citizens.

That didn’t stop Mostar from being the center of some of the worst fighting and most baffling developments of the Balkan conflict. Under the influence of nationalistic groups from other parts of Yugoslavia, one side of the city laid siege to the other, alliances were formed and betrayed, and the combatants spent most of their effort destroying the very things that might be worth having should they actually win.

In what may have been (symbolically) the most poignant moment of the war, Croat forces deliberately destroyed the Stari Most, the beautiful bridge that had linked the two parts of the city for over 400 years. The bridge had no strategic importance, so its destruction was likely an attempt to obliterate the physical evidence of centuries of shared cultural heritage and peaceful co-existence.

The bridge has since been rebuilt and is now overrun with tourists, but the schools and many other buildings in the city languish in a state of shell-pocked, bullet-riddled, graffiti-scarred ruin. 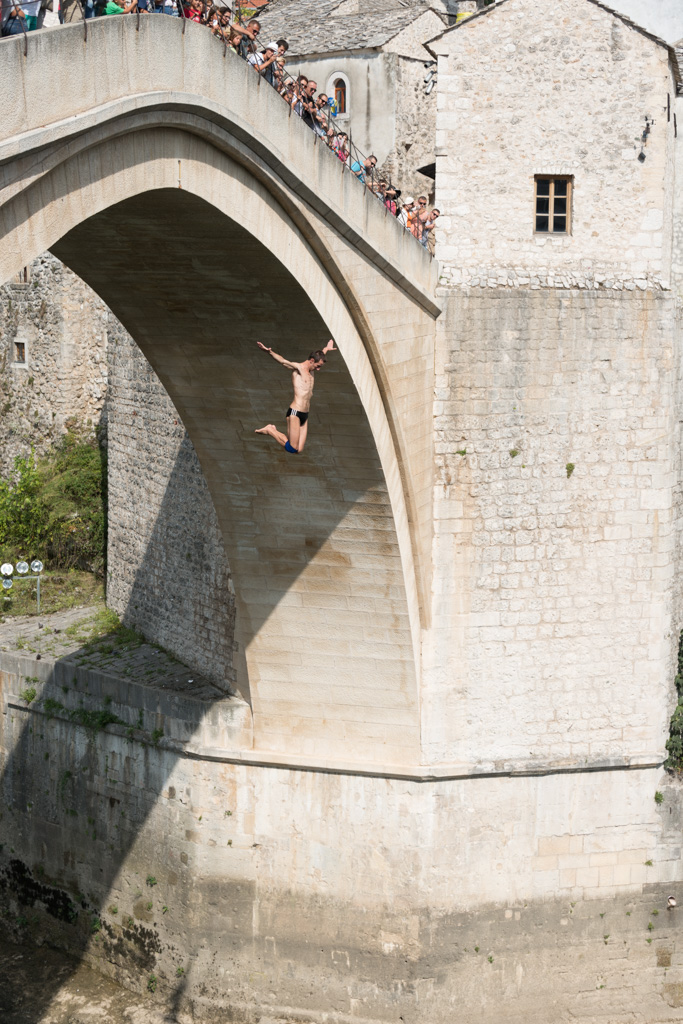