About a thousand years ago, Cambodia was rich and powerful. During the Khmer dynasty, the kings built fantastic complexes of temples and cities, including the crowning glory, Angkor Wat. We were told by our guide that the old name for the country literally meant Land of Gold, so named because the sands and rivers contained so much of the mineral, but there are several countries laying claim to that moniker, and references in ancient texts are ambiguous. In any case, there is no doubt that Cambodia enjoyed several hundred years of peace and prosperity, when art and religion flourished. Food was plentiful during this time, thanks to a sophisticated irrigation system.

The wealth of the kingdom declined in tandem with the condition of the irrigation system, however; except for a brief resurgence in the sixteenth century due to new trade relations with Portugal and Spain, Cambodia steadily lost territory to Siam and Vietnam. The kingdom became a French protectorate in 1863, was occupied briefly by the Japanese after WWII, and was bumped around like a pinball between the Cold War powers and the factions they supported during the war in Vietnam. The government was overthrown by the Khmer Rouge in 1975 and the country suffered a five-year reign of terror, followed by fifteen years of civil war. The kingdom, and relative peace, have been restored, but the country is ravaged.

There’s a strong current of nationalism, and Cambodians are fiercely proud of Angkor Wat and the glories of the past. Now that the country is open to tourism, the city of Siem Reap (which means, by the way, the place where Siam was defeated) is exploding with new hotels and restaurants. As we toured one ruined temple after another, we encountered numerous restoration projects, usually supported by French or Indian organizations. Each temple has its own, unique character, beautiful stone carvings, and extraordinary architecture. I tried to imagine each as it must have looked in its heyday. 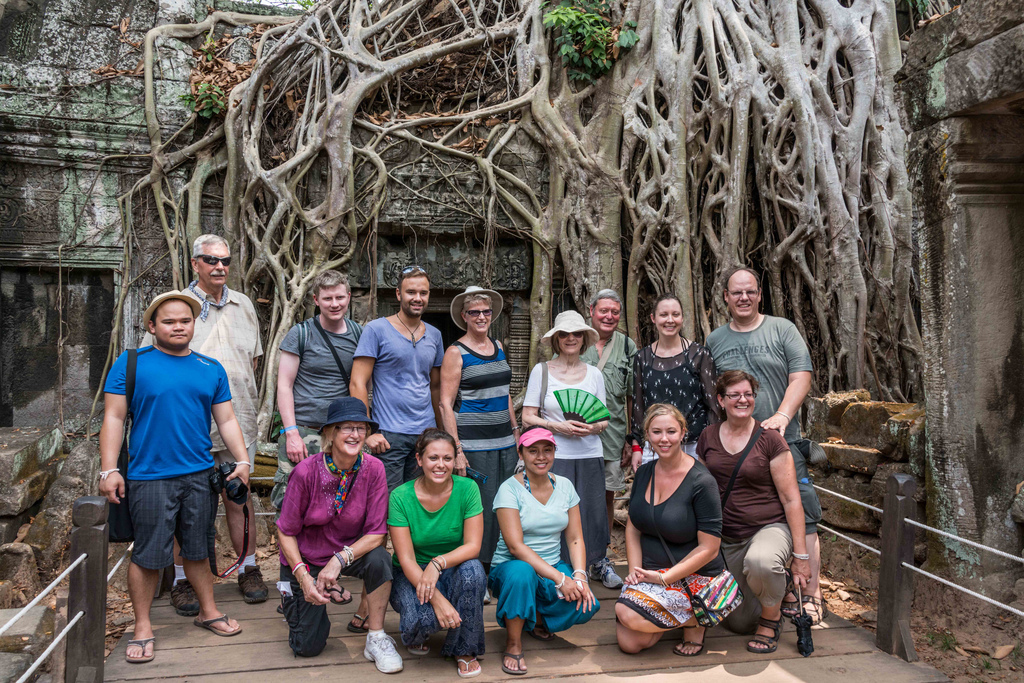 Early on the second morning in Siem Reap we returned to Angkor Wat to watch the sunrise over the temple, along with a few other tourists.

If you’re lucky, and can elbow your way to the front row next to the reflecting pool on a clear morning, I’m sure it must be breathtaking. I opted to relax off to the side with a nice cup of coffee and a banana pancake with chocolate syrup. Ironically, this turned out to be the best spot to actually see the sunrise. I had a gorgeous view of the big, red orb floating beneath a canopy of trees before anyone else knew it had risen. 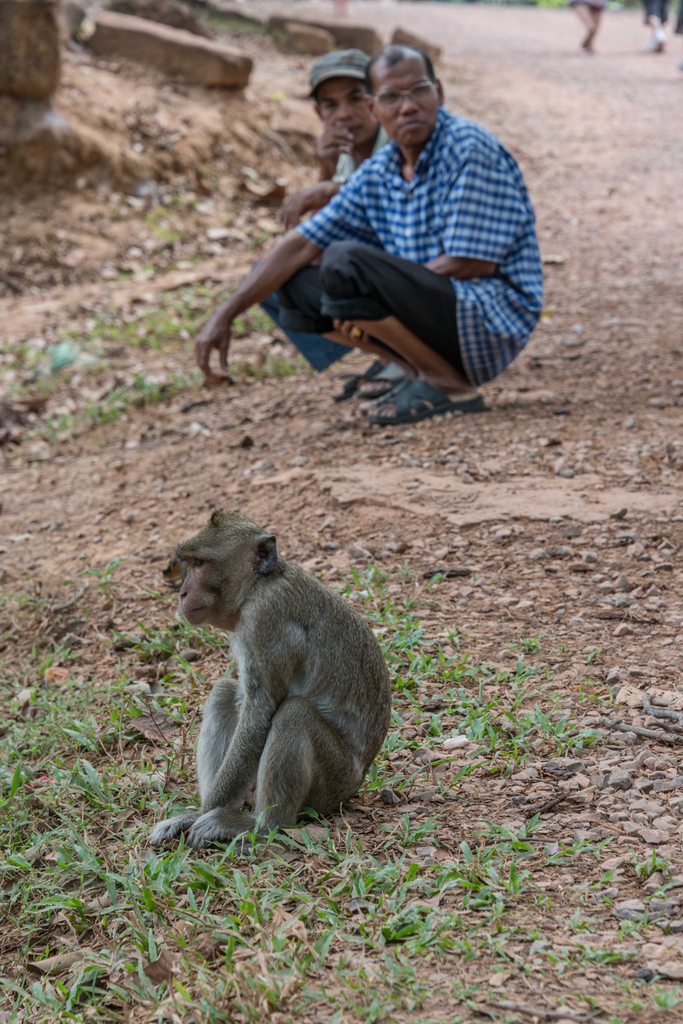 I later learned from Shane that the nice fellow who sold me the pancake was recently widowed. His wife had gone to the hospital with a stomach complaint, and died when she was given the incorrect dosage of medication.