Ha Long Bay was magical. The air was clearer once we left the busy port area. Our junk, although not much to look at from the outside, was gorgeously appointed inside. The food was delicious, the presentation was spectacular. Loan continued to endear herself to the group with her stories and even singing. I went kayaking with Joan, Ken, and a member of our crew, and discovered a peaceful cove that could only be reached via a tunnel under a mountain. I toured the largest cave I’ve ever seen. We played music under the stars and enjoyed the cool weather. Karel and I both wished we could stay longer.

After a brief stop in Hanoi to regroup and have lunch, we continued by sleeper train to Hué. Hué is a small city, once the capital of imperial Vietnam, notable for the beautiful Tien Mu Pagoda, the ruins of the old palace, and its cuisine, which includes delicious, crispy, rice-flour “tortillas” that we found nowhere else. 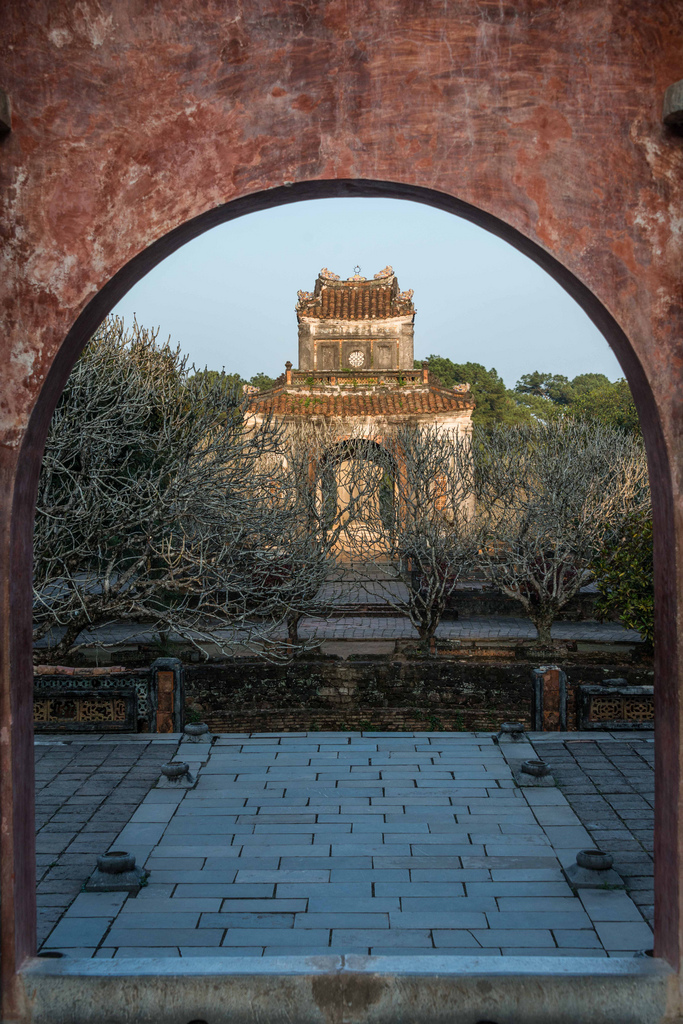 We ate at a restaurant owned by a deaf man and his family. He told us a bit of his story via drawings. All of his seven siblings, except the eldest, were born deaf, but their children and grandchildren have normal hearing.

At night, the town came alive with music and colorful lights and young people everywhere. We didn’t stay long, though, moving on the very next day on a scenic drive to the ancient town of Hoi An.

I’m starting to love the Vietnamese people. I’ve met several now, who have overcome tragedy and disability to create beauty, peace, and joy in whatever way they can.