The pine trees in New Zealand were designed by Dr. Seuss. 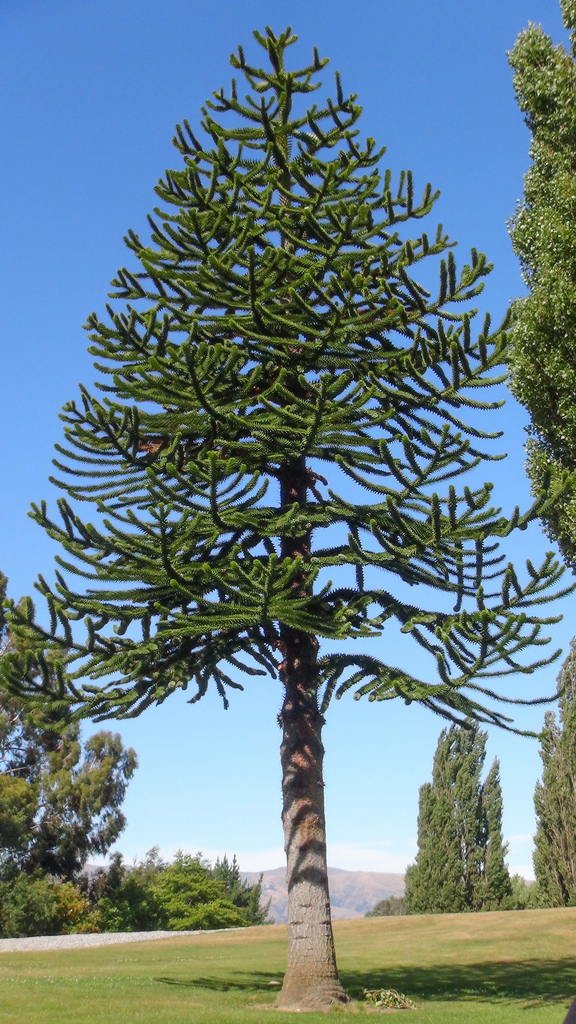 The ferns were designed by Stephen Spielberg. 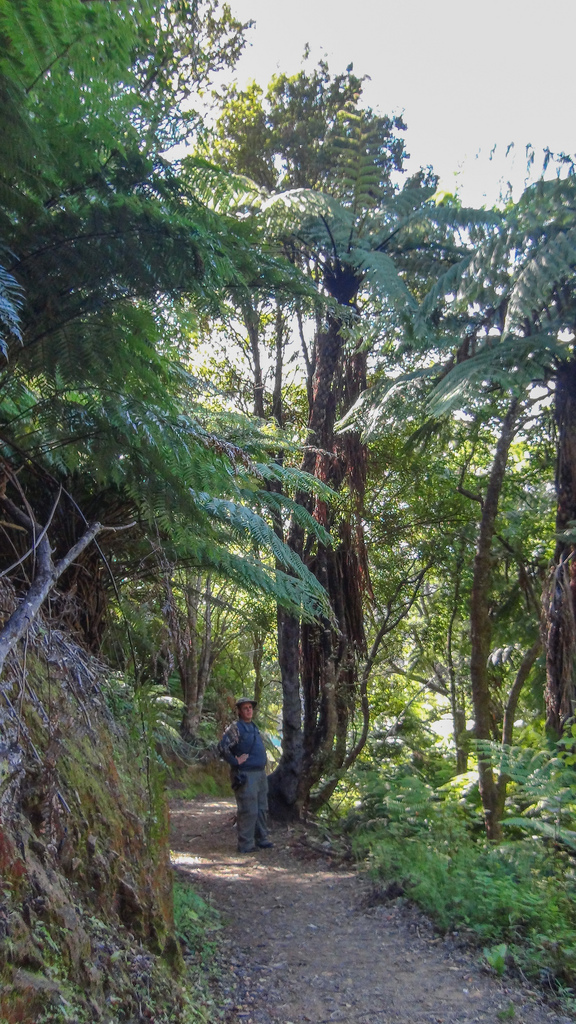 New Zealand reminds me, in some ways, of the US when I was growing up. I remember when farms were small, roads were narrow, retail shops closed by dinnertime, when we kids ranged from one end of the neighborhood to the other without constant adult supervision, and there weren’t so many fences and rules and protective barriers between us and the natural wonders of the world. I remember a time before rampant litigation took away a lot of our freedom and trust, before the media made us paranoid about sex offenders and drug dealers.

(This is not to say that New Zealand is Disneyland. In the cities we’ve seen homeless people, casinos, strip joints, and people who were clearly alcoholic. Tourists are warned here, as everywhere, to lock your car and mind your valuables.) 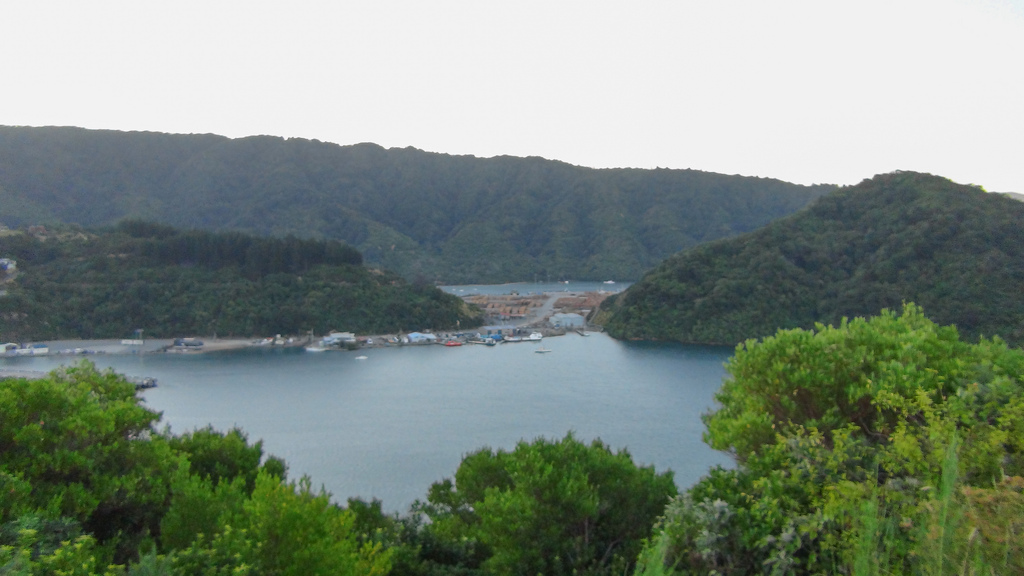 They are still operating with a frontier mentality. Just out of sight of the picture-perfect harbors, hillsides, and nature parks seen by the tourists are the clear-cut forests, pit mines, and mass extinctions of endemic plants and animals. Public sentiment seems to favor conservation, but a lot of damage has been done already, and continues to be done.

The diet and the portions you get at restaurants are very similar to America and, not surprisingly, Kiwis are about the same, physically.

Kiwis have a great, sardonic sense of humor. Teasing is a national pastime. For example, during the bus ride to the start of our white water rafting trip, one of the river guides, Rob, briefed us on safety protocols. He had a strong Kiwi accent and a minor speech impediment. When he was done, another guide asked, “Alright, did you understand everything?” We all nodded, of course, and he said “Well, good on you then, ‘cause we couldn’t make out a word of it.” That kind of ribbing continued relentlessly for the rest of the adventure, with the other guides responding to Rob’s every request or question with a shrug and a shake of the head—and then completely ignoring the request, of course. No comprende. He took it well.

Speaking of no comprende, at an evening diner our waitress was telling us about the specials, and ended by mentioning that they have vegetable soap. Huh? Is she suggesting I should wash my hands? She repeated it a couple of times, “Soap. Vegetable Soap! SOAP. With VEGETABLES!” before I—duh—got it. Soup.

When I look at a map of an unfamiliar area, the first thing I do is correlate “up” on the map with “north” on the ground. Then I’m oriented (which means, literally, I know where east is), and I can start figuring out where I am and how to get to where I want to go.
Well, forget that in New Zealand, because they have an utter disregard for map conventions relating to points of the compass. They don’t care which way is north. What’s so special about north, anyway? You’re in the south now. They take a prominent feature—the beach? the volcano? the main road through town?—and place that top and center. Alternatively, the map-maker will guess which city you recently left behind you, and position that city so it is somewhere off the bottom of the map, and as your eyes scan up the page, that’s you, continuing forward in the same direction. If you came from somewhere else, or you can’t see the volcano from where you’re standing, good luck trying to figure it out.

The South Island is very different, geographically, from the North Island. The whole country is gorgeous, but the far south has scenery to rival Alaska. The people we met–both the natives and the transplants–were delightful. We hope to come back someday soon and explore more of New Zealand.