The Weather Gods Are Smiling

We had only the briefest stay in Christchurch before boarding the train for the trip across the Southern Alps. What we saw of Christchurch reminds me a lot of Minneapolis, but we didn’t go downtown, which apparently is still a wreck after the 2011 earthquake and the—literally—thousands of aftershocks (still up to three per day).

The train trip was nice, and scenic, but didn’t really live up to the hype. We picked up a car in Greymouth and drove south between mountains and the Tasman Sea.

Our next stop was the tiny hamlet of Fox Glacier. The scenery—and the driving—grew more and more dramatic, with switchbacks, one-lane bridges, and sudden views of jaggy peaks. Considering that we were on the only road this side of the mountains, traffic was incredibly light. 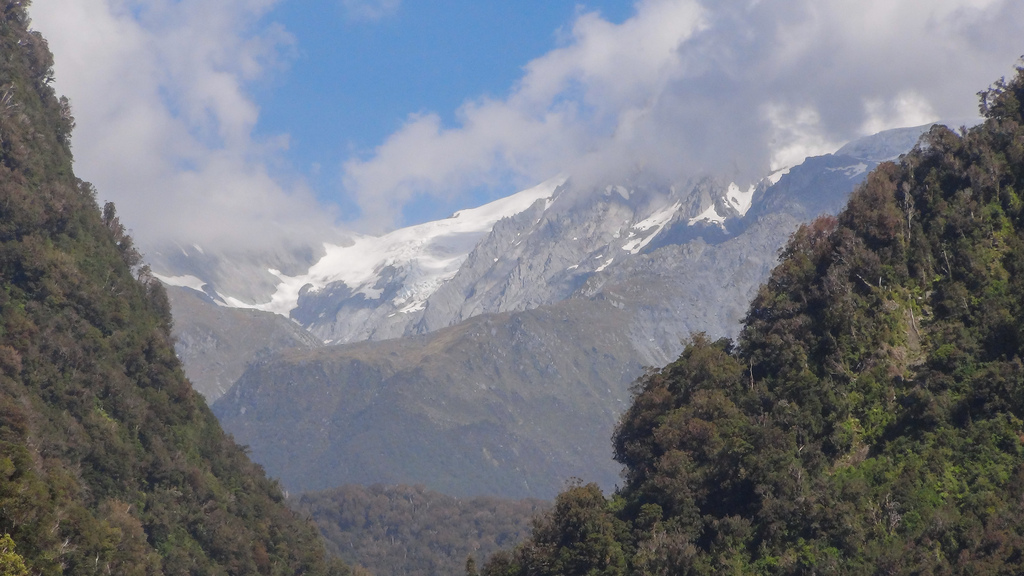 At last, we arrived at our hotel, where we were treated to a complimentary glass of excellent Sauvignon Blanc and a nice conversation with the hostess/receptionist, Caroline. She, like so many other people we’ve encountered here, is a temporary transplant from somewhere else (in this case, Scotland), working on a year-long, extendable visa.

Naturally, the subject of the weather came up, and for the third time this day, it went something like this:

We mumble something about how nice the weather is. At this point, the person we’re speaking to fixes us with a serious stare and says,
“You. Have. NO. Idea.”
Caroline finally gave us the scoop. The summer here started off wet. Very wet. At Fox Glacier village they had 500 mils in one day (that’s roughly 25 inches). Another 200 mm fell two days later. The main bridge washed away and power was knocked out for days. It had pretty much been raining or cloudy every day until the day before we arrived, and half the town was on the verge of a nervous breakdown. The sunshine had arrived just in time.

Now, this is the rainy coast, and it’s the rainy season. Annual rainfall is measured here in meters, over 250 days of the year. This year, though, has been unusually bad in this region.

Of course, we’ve been blithely traveling along, with sunny and mild weather every day but one, our day in Wellington, when we were in the museum all day. As far as we could tell, it’s nice weather all the time in this country.

Our travel agent had originally booked a full-day glacier walk for us, where they take you out onto the glacier itself, but we realized this wasn’t going to work for Karel’s knees. We rebooked for a two-hour hike to the terminus (below the front wall of the glacier), and spent the free time hiking to a lake with good views of Mt. Cook and then riding down to the wild, scenic beach. Imagine a rocky, uninhabited shore, bordered by rainforest, backed by 12,000-foot peaks with glaciers hanging off them. Well here, don’t just imagine it, look at the pictures. 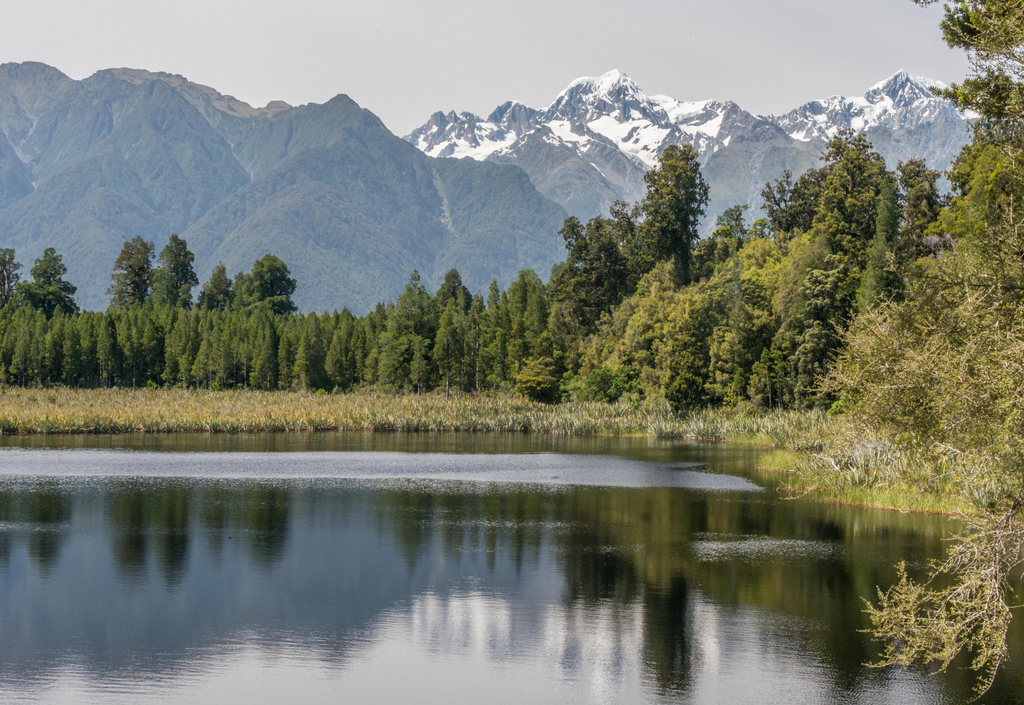 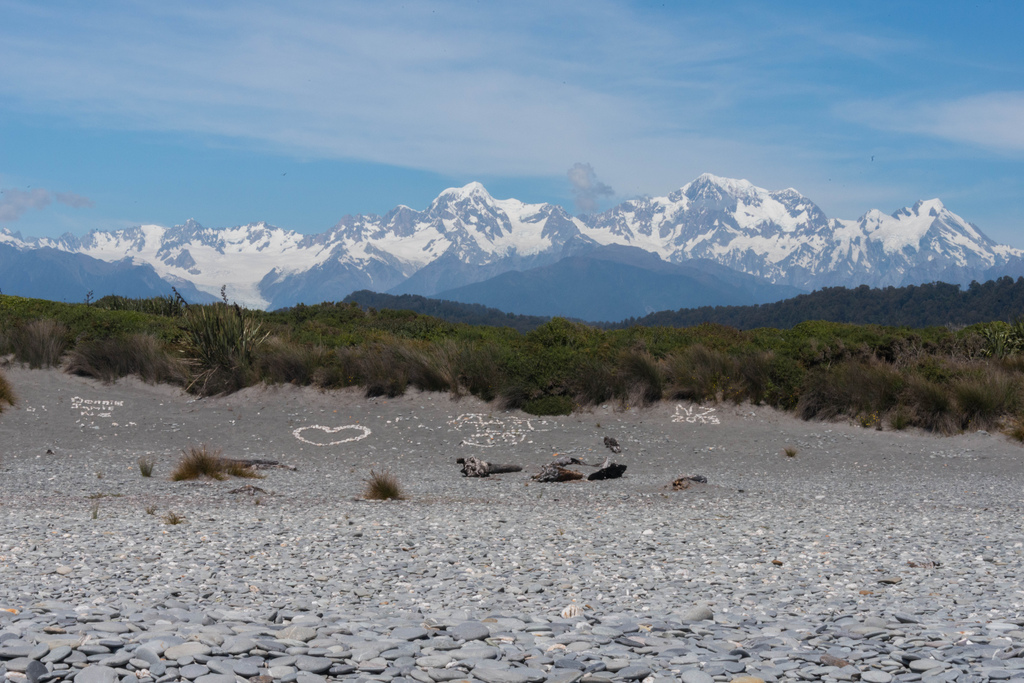 Caroline took good care of us, providing a beach blanket and bug spray.

We topped off our day with a leisurely hike to the glacier, where we learned that flooding just two weeks before had washed away the original trail, changed the course of the river, and completely altered the face of the glacier. The front wall was now hollowed out with a huge cavern, considered highly unstable at the moment. Also, ice chunks falling under the glacier had been damming the river, causing surges—sudden, unpredictable flash floods that come gushing from the cavern—but we had a great view of the cavern and river from the safety of a relatively new moraine a short distance away. 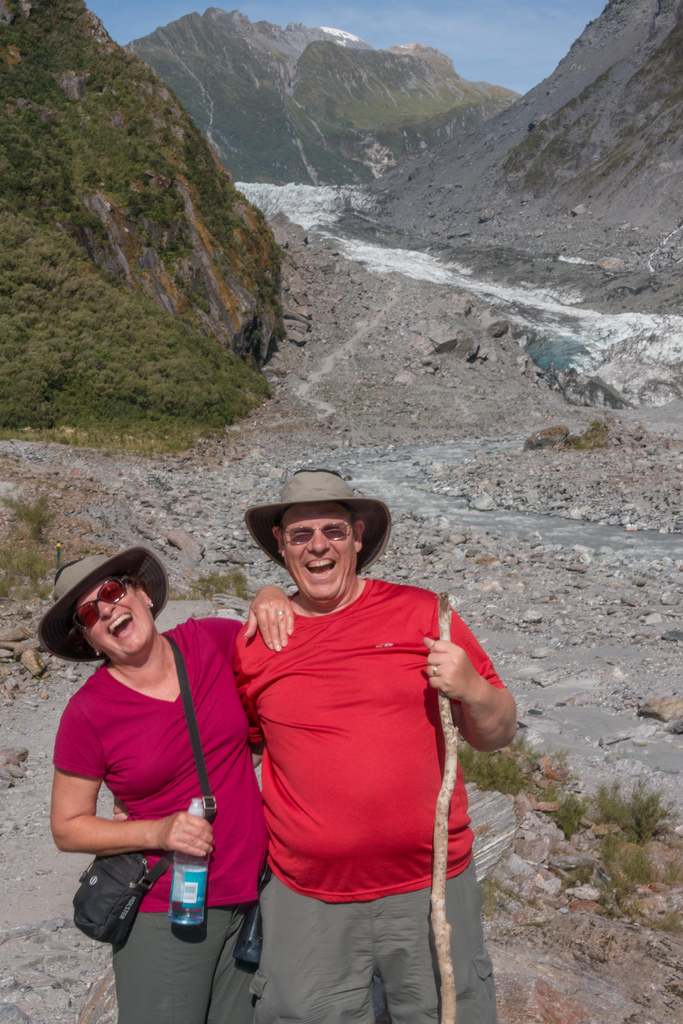 Another day, another drive … to our last stop in New Zealand, Queenstown. Before leaving the coastline, we stopped for a short hike in the Ships Creek swamp. This spot has one of the last pure remnants of primitive forest that New Zealand carried with it when it broke away from Gondwanaland, millions of years ago. It is truly the forest primeval. 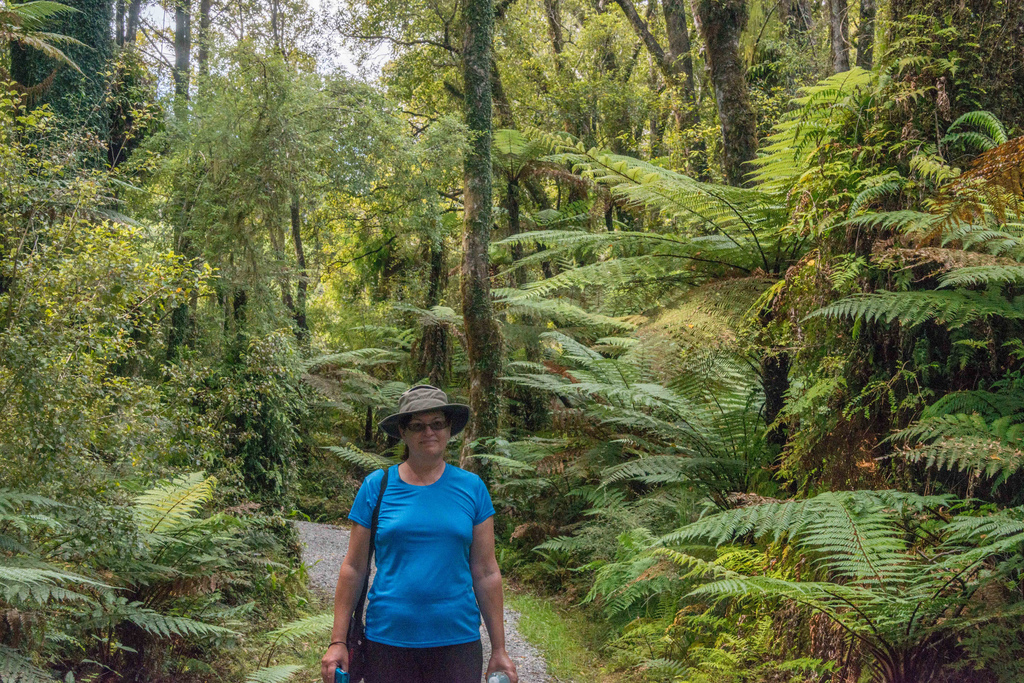 Weather forecasts to the contrary, the clouds scudded away before us and we enjoyed a glorious day and more gorgeous scenery. Once we left the coast and crossed the divide, everything became dramatically drier and forests gave way to grasslands. We passed large lakes, each a stunning shade of turquoise. 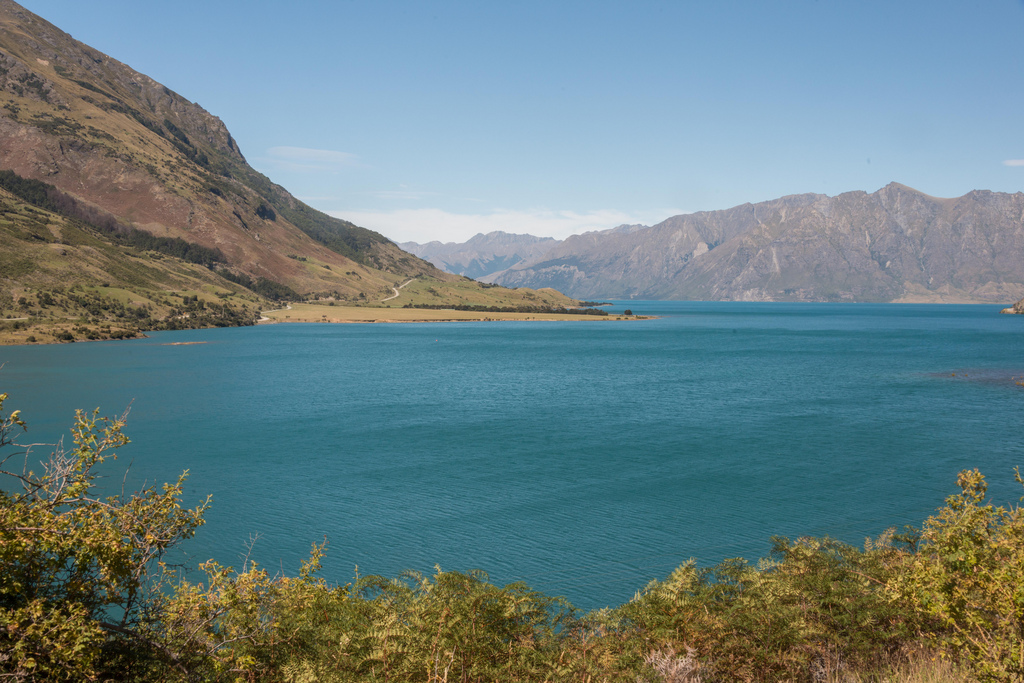