As we left Picton the character of the east side of South Island immediately became apparent. The land was dry, grassy, and alternated flat plains and hilly ranges. Although we were on the main highway from the ferry terminus to Christchurch, it was sparsely traveled and more like a secondary route.

After traversing a region of sheep stations and farms, the road swung out to the coast again. It was time for a stretch, so we pulled off at a random scenic viewpoint. It turned out to be overlooking a fur seal colony, so we were entertained by the antics of these social, playful creatures. The adults were mostly hanging out in the sun, but the younger ones, including at least a dozen pups, were very, very busy.

A little further down the coast we arrived at Kaikoura for a whale watching tour. We boarded a modern, high-speed catamaran and zoomed out over one of the deepest, near-shore underwater canyons in the world. Two major ocean currents, one cold and one warm, also happen to collide here. The abyssal depths, the currents, and the proximity to land all combine to make the area a rich feeding ground for a variety of marine mammals.

Our first encounter was a sperm whale resting at the surface. Sperm whales (Moby Dick) are the fourth largest whale—up to 22 meters—and largest toothed whale. They can stay underwater for 90 minutes or more and hunt sharks and giant squid in very deep levels of the ocean. There’s no light down that deep, so they use echo-location. Sperm whales kill their prey with a sonic boom of 230 decibels! From what I understand, that’s enough energy to pulverize your bones. According to our naturalist, the sperm whale has never been known to attack dolphins or humans with this powerful weapon. 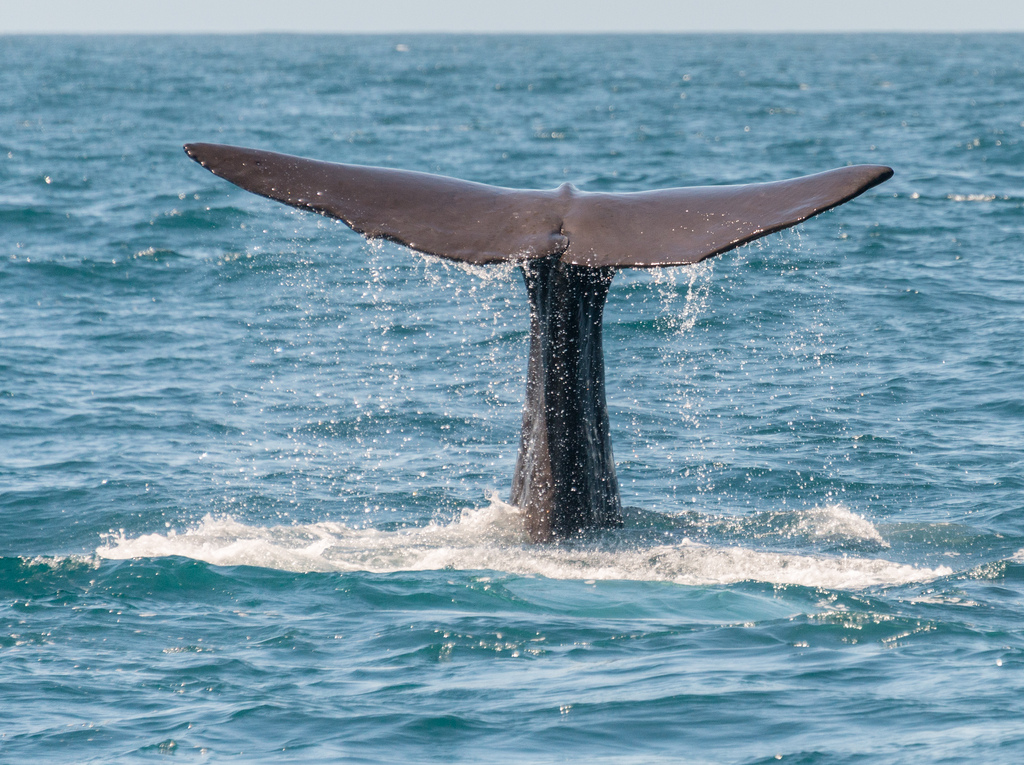 The captain correctly predicted the moment the whale would dive and had us expertly positioned for fantastic photographs, despite the sizeable waves, wind, and other boats in the vicinity. Then off we zoomed to an area where dolphins had been spotted.

It was like a dolphin convention. There were some 40 or 50 animals of three different species: pilot whales (these are large members of the dolphin family), bottlenose, and dusky. All had babies with them. There were so many swimming all around, it was hard to know where to aim your camera.

We zipped out to a farther location and found two separate pods of orcas (killer whales, another member of the dolphin family). Each group included a juvenile and a baby. They didn’t hang around for long, but they came very close to the boat and we got some great shots. 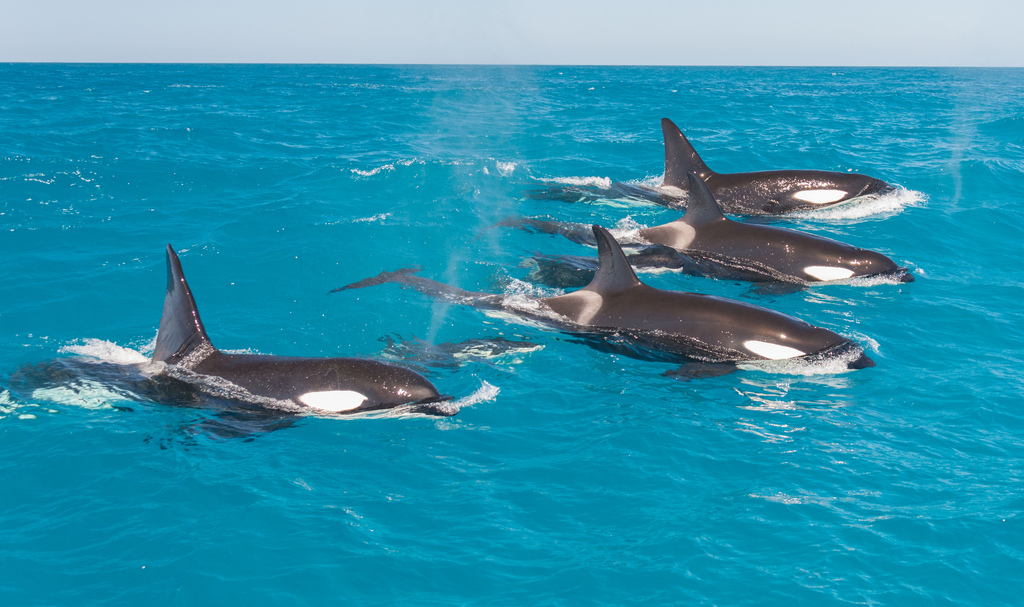 I have to say, the tour company really earned their money. It isn’t easy to hold a boat in one position in wild water like that (and if you saw my first attempt at a video, you’d see it was so rough I could hardly stand, much less keep the camera steady), but they even managed to create a lee that provided a “chop-free zone” for beautiful photos into clear water, while keeping the sun glare at a minimum and not crashing into other boats or disturbing the animals. I was very impressed, and thrilled at all the animals we saw.