This morning we “helped” feed the sheep and move the cattle. Then, it was off to one of the highlights of our New Zealand trip: Hobbiton!

Neither Karel nor I are the type to go on a pilgrimage to set locations and movie star houses, with this one exception. Hobbiton is a place I’ve wanted to visit ever since I saw the first film in the Lord of the Rings trilogy. This was partly because the scenes, and Bilbo’s house, were a perfect match for what I imagined when I read the books (except for the tree above Bilbo’s house, but more on that in a minute). More importantly, Tolkien’s ideal of a world at peace, and the people who inhabit it, is the one utopia that resonates with me. If there is a heaven, it looks like Hobbiton, and I just had to go see it. 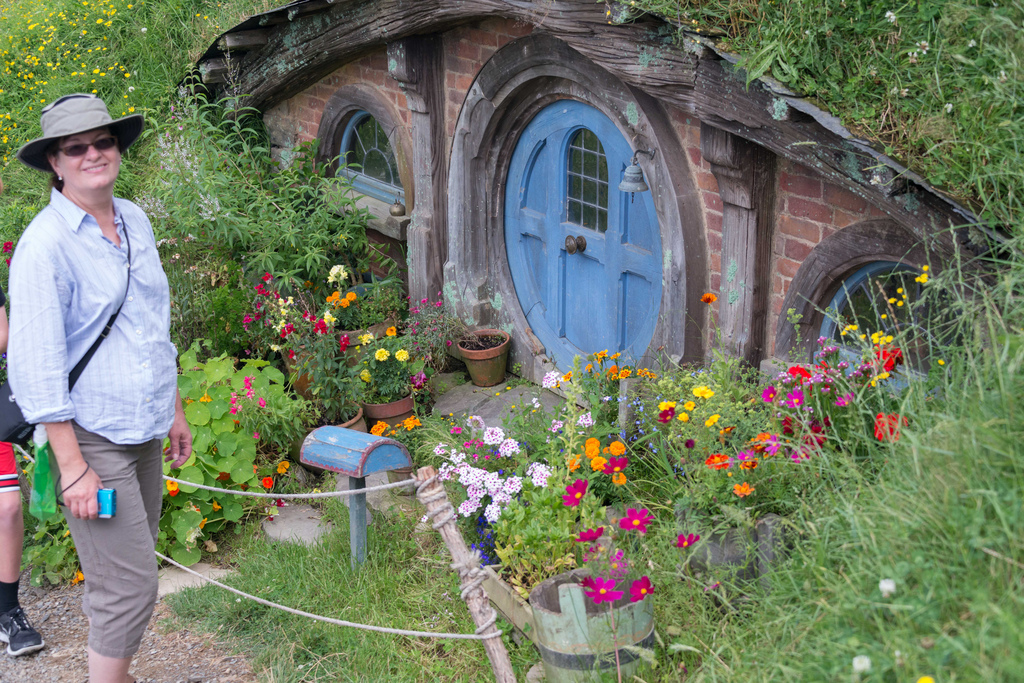 The set was built with such loving attention to detail, it’s even better in real life—where you can admire the carvings, the painted mailbox, the hobbit-sized water pump, than in film, where these things are just background, appearing for mere seconds if at all. There are 37 hobbit holes, complete with chimneys and gardens. The countryside is idyllic. 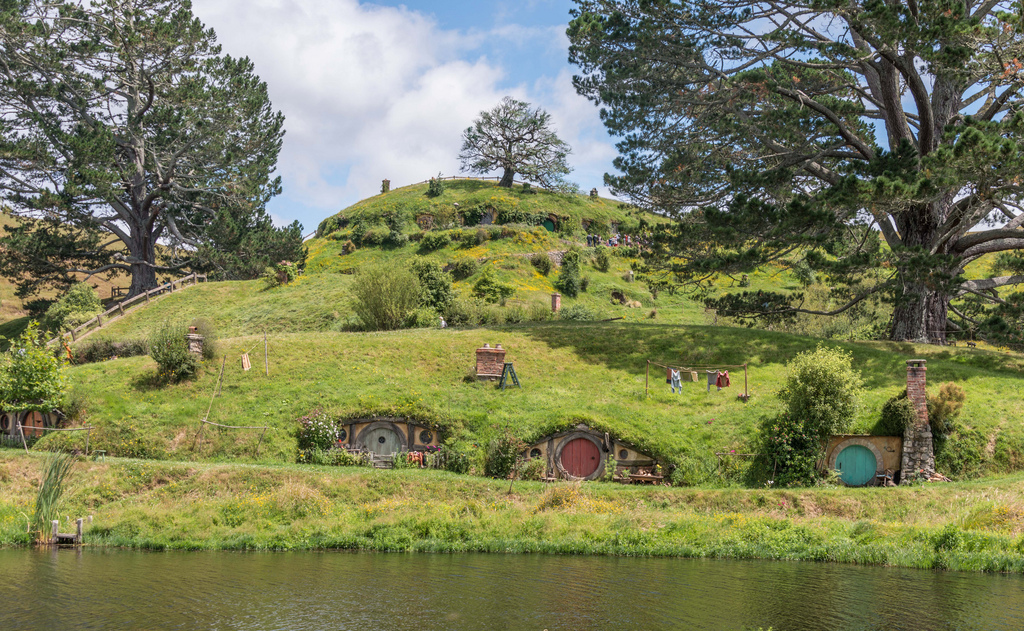 About that tree. When I read the books, I pictured something that completely covered the hilltop, old and gnarly, but still lush. The tree in the movie just didn’t look right to me. It turns out that Peter Jackson originally found the tree he wanted and had it cut down, transported in pieces, and reassembled on the movie set. The leaves had to be replaced, of course, with artificial ones, which were hand-painted—twice, because the color was not exactly what Jackson wanted the first time. That tree didn’t last forever, though, and had to be replaced with a constructed fiberglass version (and all those leaves done again). It looks very real … it’s just that Jackson’s vision of the tree was different from mine. 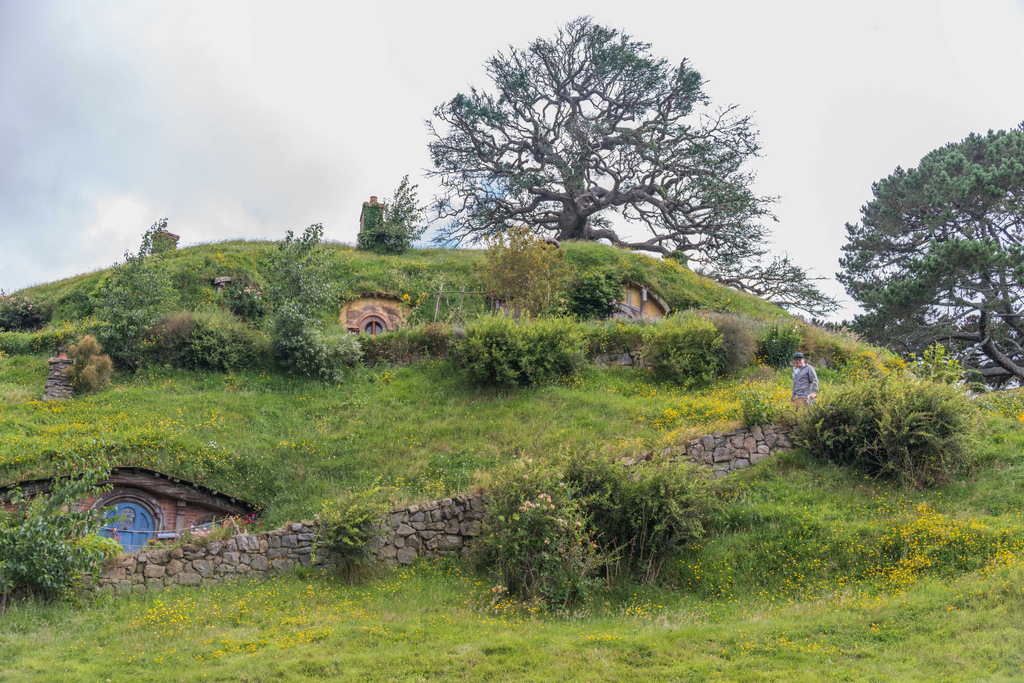 Of course, the set is exterior only, with just a couple of spots where actors can be filmed inside a doorway or at a window. The indoor scenes were filmed in the studio in Wellington, NZ. However, (lucky us!) just last December they completed a perfect replica of The Green Dragon Pub, where we enjoyed cider and meat pies for lunch. It’s a gorgeous building, inside and out. 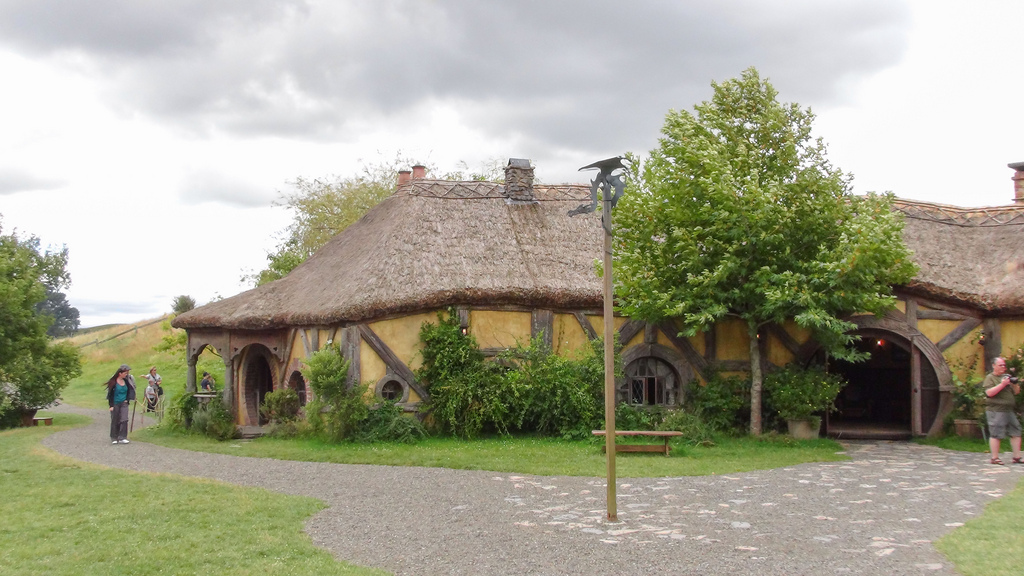 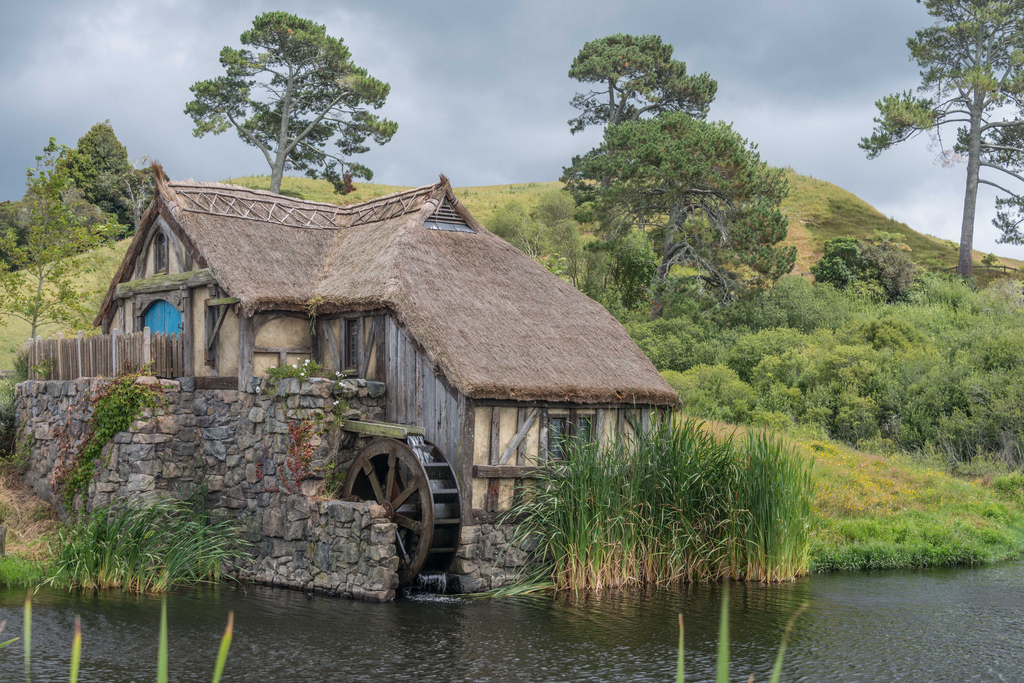 Here is a video of the area outside the Green Dragon:

Here is a video of the beautiful interior of the Green Dragon pub:

We wished that the tour would have been longer – so much to see and to photograph!

One thought on “Hobbiton!”