Same Same – And Yet, So Different

When you shop at the markets and decide to make a purchase, the vendor will often whip out a packaged version of the product, untouched and ready to go. “Same same,” they assure you, pointing from the sample you were holding to the proferred package. The wise buyer should verify this before handing over any money, but usually you’ll find what you were expecting inside the wrapping.

With perceptions, however, it’s another matter. Once again, we’re returning to a city we visited only a few weeks ago, and once again, I find it strangely transformed. Bangkok before Indochina vs. Bangkok after Indochina — same same, but not at all the same.

We can’t get a taxi to the restaurant for our farewell dinner, so we get to experience another mode of transportation: the subway. It’s surprisingly clean, swift, and easy to use. During dinner, Karel copies the memory cards from everybody’s cameras, for later sharing on Flickr. We surprise Shane with a nice bottle of whiskey for his birthday and a poem, written by Alex and Joan, recounting some of our adventures. This has been a great group for traveling around Indochina for an entire month — we’re going to miss everyone! 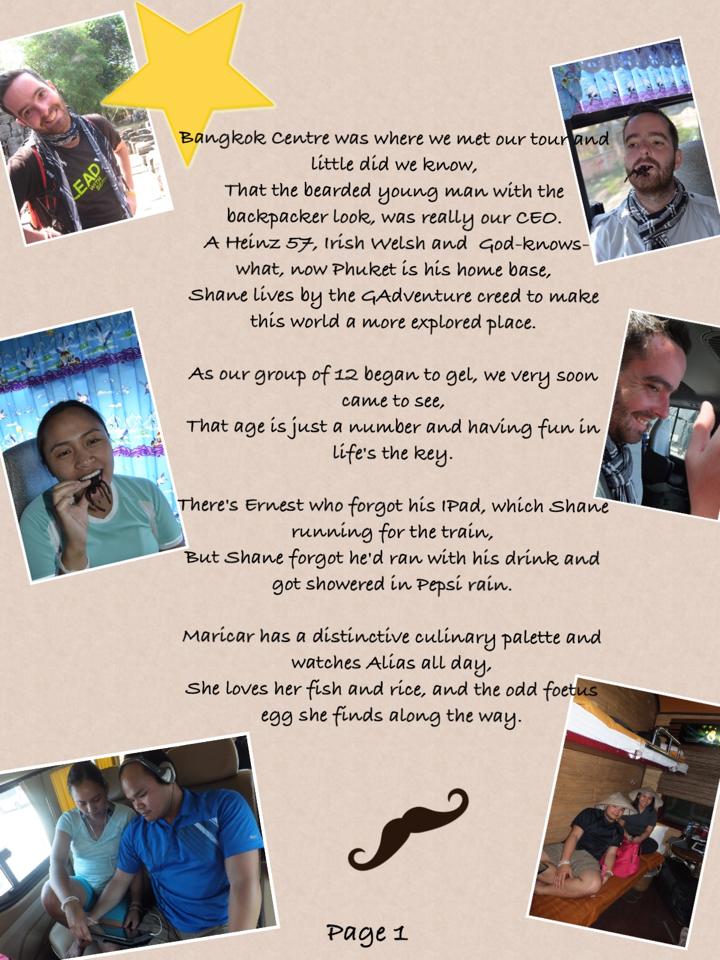 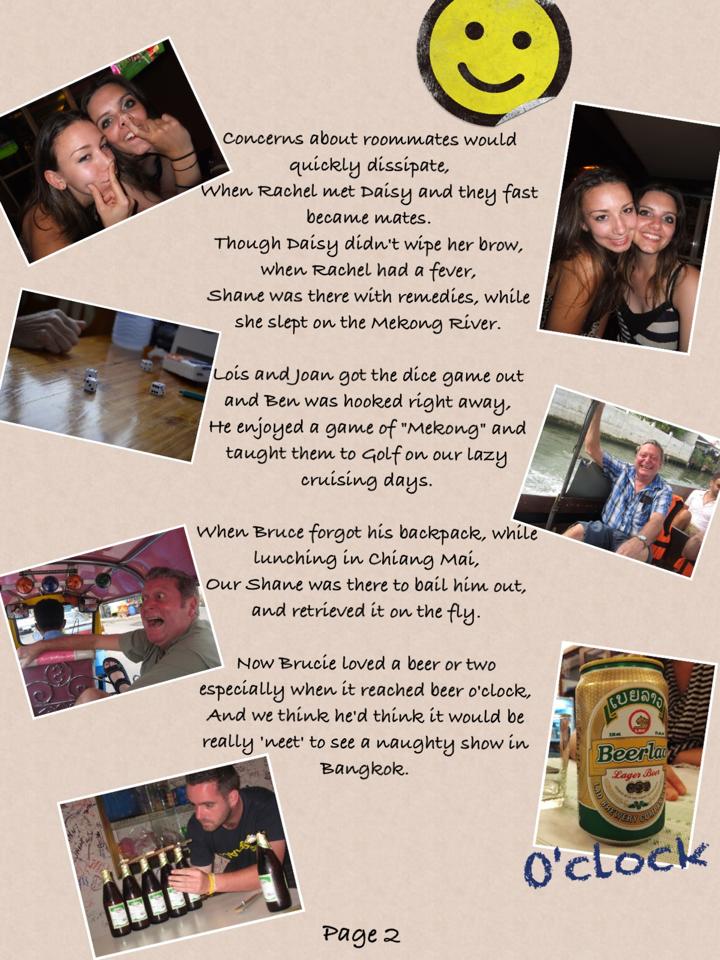 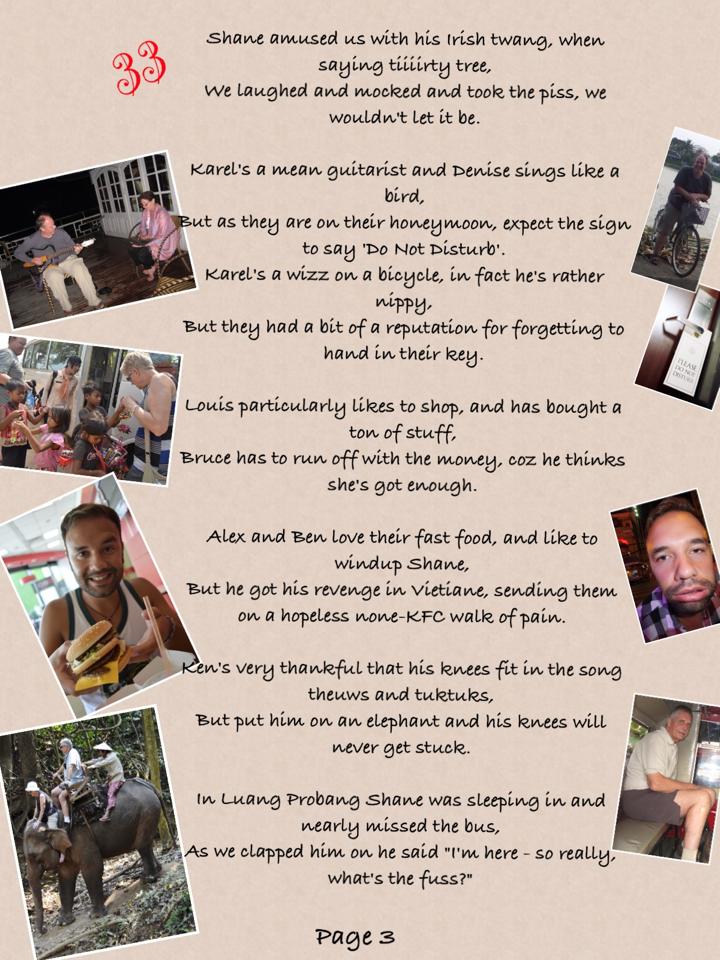 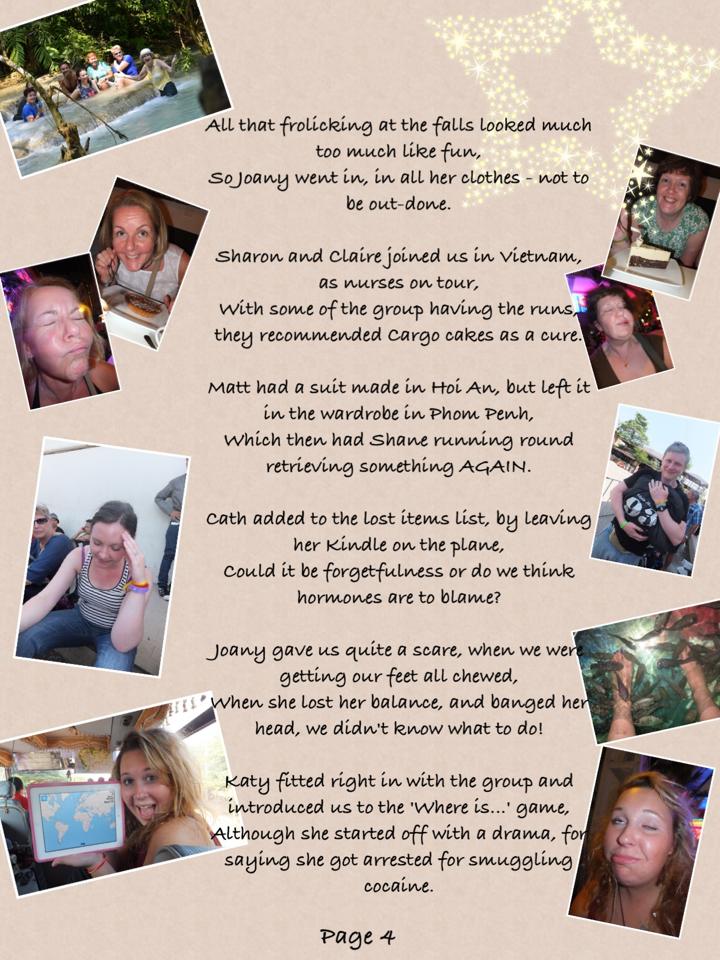 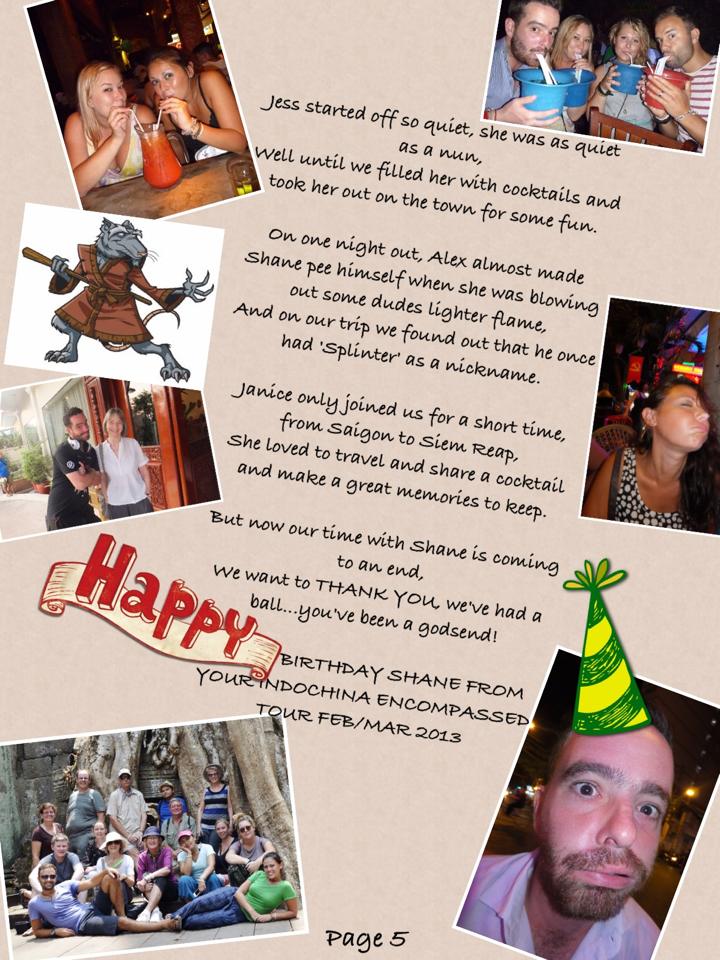 I’m overjoyed to see Jaa, delighted to partake in another feast prepared by her mother and sisters. This time, because we’re now old friends, the TV stays on so we can all watch “Thai TV Drama,” i.e., prime time soap opera. I amaze everyone (tongue in cheek) by correctly explaining the plot and approximately what the characters are saying. It’s hilarious.

Aaaaaah! Jaa’s house is a refuge of coolness, peace, and quiet. We settle in for a few days of doing nothing.